Naomi Osaka’s success at Wimbledon has been celebrated across the globe and her experiences since her debut is still the stuff of legends. “I grew up in the first world, where money, things are… 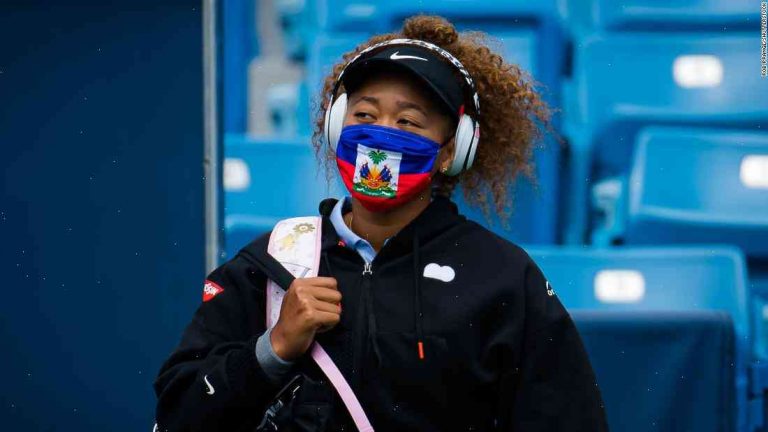 Naomi Osaka’s success at Wimbledon has been celebrated across the globe and her experiences since her debut is still the stuff of legends.

“I grew up in the first world, where money, things are perfect, everything is in your lap, you don’t need to go out of your comfort zone,” the 19-year-old said Thursday. “I never really took any risks. I always kind of progressed through high school and college the same way. I never really took the next step.

Osaka reached her first Grand Slam quarterfinal this week, where she knocked out third-seeded Simona Halep.

The Japanese sensation lived her dream, not only because she walked onto Wimbledon’s Centre Court to face Halep but because she lost to the Romanian. It was the lone blip on her perfect record and she said she gets to relive the match every time she watches it.

“If someone has never watched that match and you say ‘That’s the only match you can watch?’,” she said, “No, don’t watch it. You’ll never believe how hard that match was, because every time I watch it now, I just think, I don’t think it should have ever happened that way.”

She looks forward to taking in the crowd’s reaction to her epic run in just a few days, even if it’s a bit painful.

“I’m excited because my family in Japan, they’re going to come and watch. I don’t know yet because I’m injured right now, so I might have to sit out and watch from a nice seat and a comfortable chair.”

So what’s next? Given how active the tennis world is, who will stand in her way in the quarterfinals?

“Anyone could win it now,” she said. “I’m just going to take one match at a time and wait to see what happens.”

5 wonderful, free things to do in Greater Washington this weekend