Written by Staff Writer The 5+1 talks collapsed this weekend. European diplomats were hoping that Iran would be willing to renegotiate the Joint Comprehensive Plan of Action (JCPOA) upon which Iran’s international obligations are… 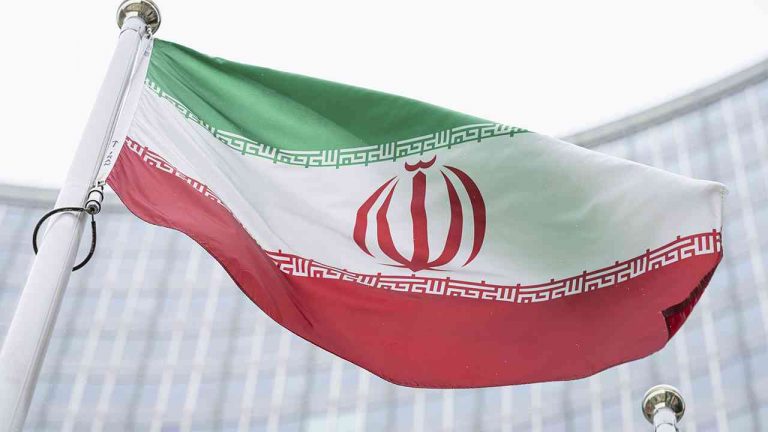 The 5+1 talks collapsed this weekend. European diplomats were hoping that Iran would be willing to renegotiate the Joint Comprehensive Plan of Action (JCPOA) upon which Iran’s international obligations are based. But Tehran flatly rejected this and “unanimously rejected the calls” for renegotiation. The International Atomic Energy Agency (IAEA) also made clear last week that Iran is fully committed to the JCPOA. Iran’s foreign minister, Mohammad Javad Zarif, said “regardless of the collapse of the talks, the JCPOA remains the basic feature of Iran’s nuclear agreement with the world community.”

While the 5+1 talks stalled, Iran unveiled a new uranium enrichment centrifuge — machine #535 — to be tested at its Natanz nuclear facility. US President Donald Trump unilaterally withdrew the US from the JCPOA a year ago on May 8. The same day, we broke the story that Iran was building a new uranium enrichment centrifuge —not just any old one, but one named after its founder Ayatollah Ruhollah Khomeini and a machine that the IAEA has described as technically challenging to install.

Over the weekend, the IAEA published an update to its report on Iran’s nuclear activities. Iran has complied with all its obligations under the JCPOA. In 2016 the IAEA obtained a note from Iran saying that these early powers offered in the JCPOA were credible. Following years of the US government blocking Iran’s ability to exercise them, Iran has come full circle. It is now calling them the “deal of the century.”

Iran’s Supreme Leader Ayatollah Ali Khamenei has made it clear that Iran will not participate in another deal. Ayatollah Khamenei has called the JCPOA a “bad deal.” He has not said there must be no JCPOA, but it will not be continued. Iran is by no means interested in entering into a “new deal.”

So if the talks failed, what does that mean for the JCPOA and Iran’s nuclear program? From a technical perspective, the agreement has run its course. Iran successfully completed its uranium enrichment programs under the 2015 agreement, and the JCPOA does not apply retroactively to Iran’s nuclear activities.

EU countries and other countries committed to the nuclear deal have therefore taken steps that will restore the framework for talks about Iran’s nuclear program. Israel has raised issues about Iran’s ballistic missile program. In addition, while Iran’s nuclear programs are covered by the agreement, Iran has continued ballistic missile programs, breaching UN Security Council Resolution 2231.

Israel and its allies have used the program to justify an expansion of sanctions against Iran and a full-scale military campaign against Iran.

Consequently, these actions have accelerated the pace of technological developments, the design of advanced nuclear infrastructure and the gradual conversion of Iran’s atomic facilities into a weapon state.

The collapse of the talks signifies a massive challenge to the nuclear deal and most observers of the nuclear issue agree that the US will continue to discourage other signatories from intervening in Iran’s nuclear program.

The interests of the West will not be served by any sort of another nuclear deal. It is time to pull out and try again.