The cousin of a Baltimore protester who died in police custody said Saturday that her cousin was placed in a chokehold, apparently by police, that caused his death. Omarai Washington, whose 27-year-old cousin Ronald… 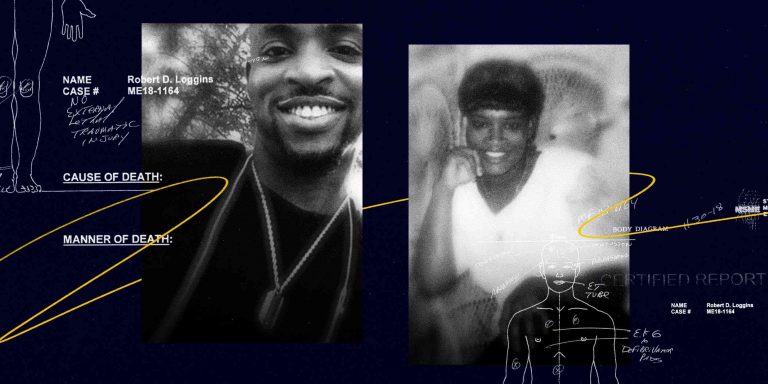 The cousin of a Baltimore protester who died in police custody said Saturday that her cousin was placed in a chokehold, apparently by police, that caused his death.

Omarai Washington, whose 27-year-old cousin Ronald White died on Wednesday, said he found out later White had died after the family’s pastor contacted them. She said she witnessed a separate incident at which White had been placed in a G-4 restraint device.

Ronald White, 27, and his uncle, Artrell Turnage, were handcuffed at the time of White’s death on Wednesday, and his mother, Pamela White, was saying later Saturday that she was in shock.

Ronald White was arrested by police the night before he died after a street protest that followed the death of Baltimore’s Freddie Gray, who died in police custody in April. White was charged in the same drug investigation as Gray, and police said that they have probable cause to believe he is involved in the distribution of heroin.

He had been released on Wednesday, according to police.

Police found White, who had methamphetamine, heroin and marijuana in his backpack, during a traffic stop at which a detective reported that “an individual, identified as Ronald White, made an aggressive and uncooperative response and the subject refused to place his hands behind his back at which time he was placed in restraints”.

This was a reference to a restraint device known as a G-4, according to Baltimore police officials. White was placed in the restraint on his abdomen. Washington said that the restraint officer had put White face down on the ground, causing her to have panic attacks and later feel ill.

“When you got kids, you can’t stand up,” she said.

The medical examiner ruled White’s death as suicide, but because of swelling and bruising, Washington said she believed there was nothing natural about it.

“They say that stress does this to a person,” she said. “I think that stress caused him to kill himself, at least that’s what I want people to think.”

A Baltimore police spokesman, T.J. Smith, said Saturday that he had not seen a video that apparently shows White restrained, but he had heard reports of “an aggressive person refusing to comply with officers”.

Baltimore officers have been under scrutiny in recent months following the death of Gray, a 25-year-old black man who suffered a fatal spinal injury while in their custody in April. Six officers have been charged, and the city agreed in July to a $6.4m settlement with Gray’s family.

White had been one of the thousands of people who demonstrated on Wednesday to mark the start of Freddie Gray’s six-month trial, and with arrests. Smith has said that as many as 30 people, including White, were taken into custody, but there were no injuries or excessive force allegations.

On Friday, the state’s attorney for Baltimore, Marilyn Mosby, released a video of an incident in which the 28-year-old cousin of White was reportedly placed in a G-4 restraint device on his stomach. Smith said the woman told police they were off-duty.

“Here’s a young man who was an off-duty officer as well as a relative to this man, and it is a legitimate question for him to want to be clear on the facts,” Smith said. “And what I would say is that nobody should put themselves in harm’s way, and that certainly includes the public.”

White’s mother, Pamela, said on Saturday that when she arrived in the lobby of the police headquarters she was told it would take two hours to get her son released. She was told he would be released later.

“I tried to get him released and they didn’t make me happy,” she said. “So I asked them to show me his fingerprints and it just said, you can’t see it. You can’t see the records. And my people just said, ‘You can’t do that. We can’t let him go to jail.’”

Arlene Phillips, ‘Dancing Queen’ and ‘Let’s Do the Twist’ dance partner, looks back at life on ‘DWTS’