A bomb exploded near a primary school in the Somali capital of Mogadishu Wednesday, killing at least eight people and injuring 13 others, police said. The blast took place as students were attending school,… 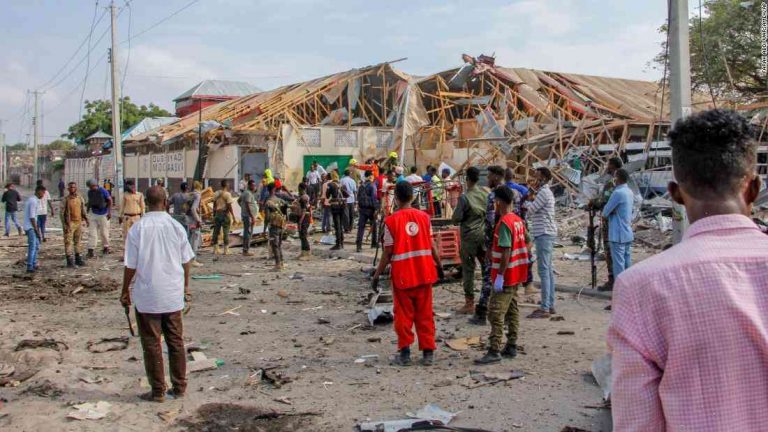 A bomb exploded near a primary school in the Somali capital of Mogadishu Wednesday, killing at least eight people and injuring 13 others, police said.

Hinduf Ali, another senior police officer, said the explosion may have been caused by an incendiary device, adding that some of the injured victims were not students.

“We believe that the bomb went off near pupils’ school. People close to the area are looking for victims,” he said.

The Islamic militants al-Shabab claimed responsibility for the attack in a statement posted on Twitter.

Since the beginning of the year, al-Shabab has carried out about 10 attacks in Somalia, including some that targeted security forces and the country’s president, according to U.S. government statistics.

The militants have claimed responsibility for the massacre of around 300 people in the North African capital of Djibouti in March. They also killed over 400 people in different incidents in Mogadishu earlier this year.

Al-Shabab, an al-Qaida-linked organization, seeks to overthrow the U.N.-backed government and impose a strict version of Islamic law.

Somalia has not had a functioning national government since 1991, and civil war has engulfed the country.

The Associated Press contributed to this report.

(Audio) “Brits Have Voted To Drop The Queen From Their Constitution”