Good morning! Got a weekend in the future? Close enough. I got school, by week’s end. It’s going to be a nice day, a balmy one, in the mid 50s. Not bad. For a… 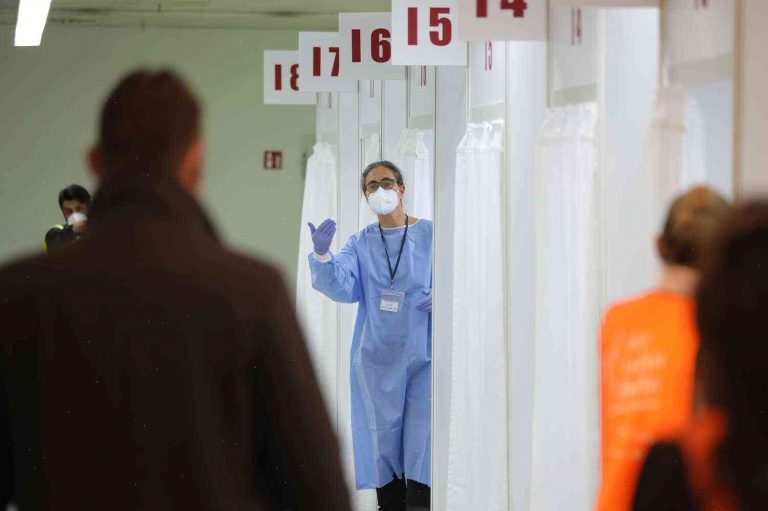 Good morning! Got a weekend in the future? Close enough. I got school, by week’s end. It’s going to be a nice day, a balmy one, in the mid 50s. Not bad. For a change. We’ll wait for the winter chill.

Bushfield National Golf Club, site of this weekend’s Byron Nelson, got a sun lotion of a golf course makeover.

Due to adverse weather over the past five years, most of the President’s Cup has been moved or held elsewhere. Will this year’s match be the last, however? Phil Weiss has a story on why the championship has never played in the Dallas area.

The arrests Friday and Saturday night at Columbus Circle in New York City illustrate how casually terror has been reared in our world. It also illustrates how even the most well-intentioned organizations have made a choice about who they will work with. Chris McGonigal took a look at the timing of the arrests and who the city is doing business with.

Reba McEntire is the host of “LIVE! With Kelly and Ryan,” and they got her to do something other than “Let’s make a deal,” of her popular country music TV show: Watch out for social media hackers who will ask your well-intended questions.

And, speaking of social media, just when you thought life was calming down, we had a few emails this morning about the need for gun control.

Shia LaBeouf pleaded not guilty to charges of public intoxication, disorderly conduct and criminal trespass in Woodland Hills, Calif. Sheer coincidence or just plain dumb decision? He might have won the anger management prize. . . . A fire ripped through a vacant building in Beverly Hills, Calif., spreading to neighboring luxury high rises. And how much does it cost to live in “a high rise?” It was “in the millions.” . . . As the weather warms up, there are serious concerns that the victims of those fires might have to bear the expense for prolonged, expensive cleanup. . . . Fourteen people were displaced when a suspicious fire engulfed an entire block in San Jose, Calif. And there was another fire in Oakland, Calif., that threatened to spread to several other buildings.

Boston police officer Michael Chesna shot a suspect through a window with his own gun, but an official police version of the shooting doesn’t match the emergency room account that the Washington Post covered.

Mozilla, which created the Firefox browser, is on the right track, not responding to a union organizing effort with a resolution that would dump the union and start over. The idea is to avoid betraying any workers. But you can bet the signers of the labor union are going to be right there with the organizers.

Iranians threw a huge protest, mixing political calls for political reform with chants about eating cat meat and other satirical references to vulgar “Iranians” and “the Americans.” . . . It appears the business world does not get it when president Trump calls businesses that agree to do business with his administration “unfair trade partners.” Major companies, on his watch, have gone ahead and signed massive and sometimes costly deals with China. . . . Reeling from political pressures, Qatar’s labor contractor went ahead and deported a Filipino worker after he reported attacks on him by a “tribal-based” mob while working on the massive new Doha stadium. Is Qatar really trying to solve its labor problems? Or are they more interested in shoring up its relations with the kingdom of Saudi Arabia? My theory is the latter.

Will Virtual Reality be real estate’s best bet for growth