Nick Kyrgios has broken his silence about the public feud with fellow Australian Bernard Tomic, issuing a statement where he said his comments were taken out of context. The statement came after Kyrgios shocked… 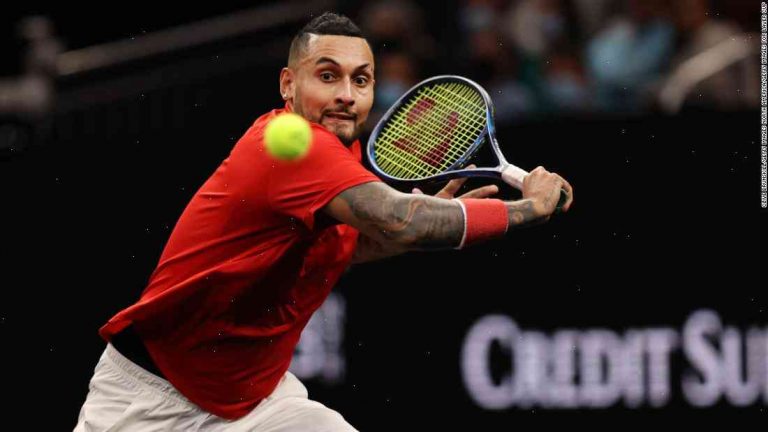 Nick Kyrgios has broken his silence about the public feud with fellow Australian Bernard Tomic, issuing a statement where he said his comments were taken out of context.

The statement came after Kyrgios shocked the tennis world by stating on Friday that “every player” should avoid unvaccinated children.

Tomic hit back in the same interview, saying Kyrgios and Rafael Nadal belonged on the ATP’s naughty step if they took the view that some kids needed protecting.

Tomic also issued a fresh criticism of Nadal, saying the Spaniard should not fear returning to the Davis Cup for the first time in two years because it was “not a threat” to his career.

The aggression has continued through the weekend, with Tomic contending Nadal lacks a “right mindset”.

But when asked for an apology on Sunday Kyrgios declined and, instead, defended his comments, saying: “I think your headline is really inaccurate,” adding the AFP story read “half right”.

“I didn’t mean to make it about vaccines or anything like that. It’s just, I think, some people believe, and I didn’t even choose any of the players in my article,” Kyrgios told reporters at the US Open.

“But, you know, Bernard shouldn’t have asked me at the end. But if you read my article, you’ll see my comments were made strictly on the court. But, you know, that’s between me and him. I have no worries at all.

That comment came after Tomic held out a hand during the Davis Cup tie against Kazakhstan in September last year, attempting to shake Kyrgios’s hand at the crowd.

Tomic, however, said Kyrgios should not have called him an “a**hole”.