European-born Tunisian Tania Jabeur made history on Thursday, the first Arab tennis player to break into the top 10 of the WTA rankings. Jabeur, 22, moved up from her current world ranking of 21… 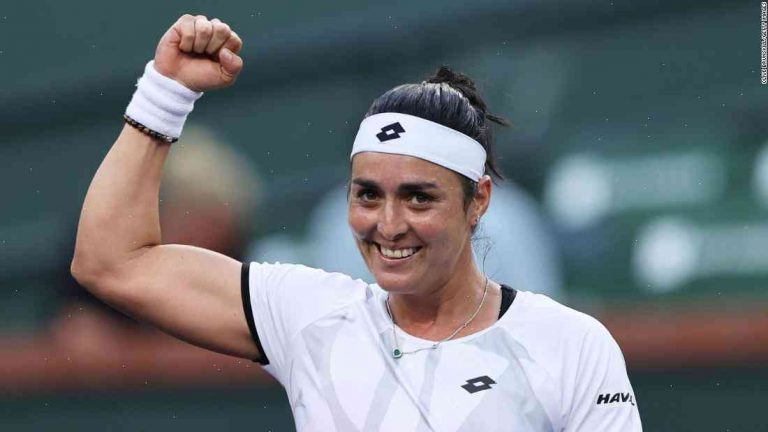 European-born Tunisian Tania Jabeur made history on Thursday, the first Arab tennis player to break into the top 10 of the WTA rankings.

Jabeur, 22, moved up from her current world ranking of 21 on Thursday to number 10 and said that she is happy to break in with the famed Serena Williams, who is ranked 34th in the world and the most famous female tennis player in the world.

She made it to the quarterfinals of the French Open earlier this year and the fourth round of Wimbledon and no doubt owes her current spot to her run in the U.S. Open this week.

She defeated Simona Halep, Ashleigh Barty and Eugenie Bouchard and advanced to the final before losing to Madison Keys in straight sets.

“I couldn’t stop myself,” Jabeur said of her match against Keys. “I left all everything on the court but unfortunately I lost.”

Watching the American’s match-up against Jabeur on Tuesday night was 2016 U.S. Open champion Sloane Stephens who admitted that she sat at her home in Florida, watching, hoping for a victory.

“I was sitting at home with the other American [woman], we were watching and obviously missing her,” Stephens said. “I loved the way she played; I think she played amazing and I think her game is really solid. I’ve watched a lot of her matches. I’m a fan of hers, so I’m really happy for her and her accomplishment.”

Jabeur went on to defeat Petkovic in the third round and forced Garbine Muguruza to a third-set tiebreaker in the fourth round, two tremendous wins that certainly made the difference.

During her career, Jabeur has won a total of two WTA tournaments and currently stands at 23-3 overall this season.