The top commander of U.S. forces in Afghanistan, Gen. John Nicholson, called on lawmakers to fast-track an aid bill that would unfreeze billions of dollars in funds that were blocked because of disputes with… 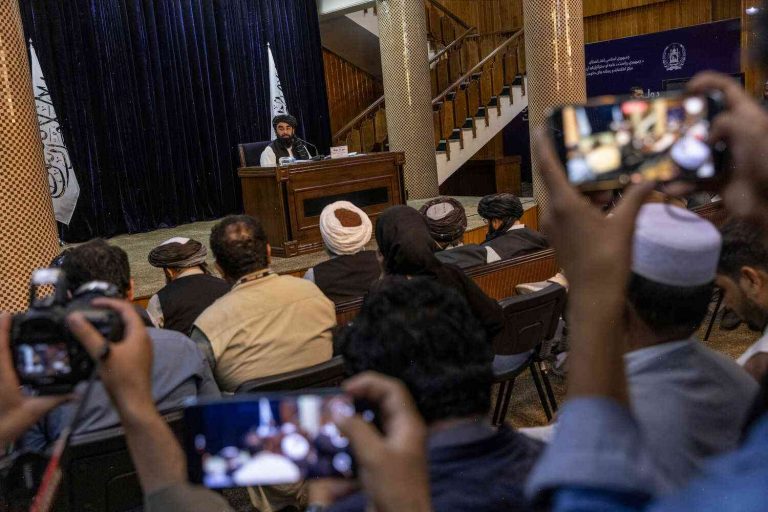 The top commander of U.S. forces in Afghanistan, Gen. John Nicholson, called on lawmakers to fast-track an aid bill that would unfreeze billions of dollars in funds that were blocked because of disputes with Afghan authorities over spending rules. “The law clearly states that Americans should be able to provide assistance to those in need across the country,” Nicholson said in testimony submitted Thursday ahead of next week’s Armed Services Committee hearings on the first-ever House bill to combat climate change. “Unfortunately, in the current Congress, authorization for any funding by the President for Afghanistan that is based on monies appropriated by Congress has effectively been stalled.

“A national emergency has been created by obstruction and delay in the passage of legislation that can help ensure Americans who wish to assist the government of Afghanistan can,” Nicholson said.

Nicholson was responding to a letter sent last week by Senate Majority Leader Mitch McConnell, R-Ky., and Senate Minority Leader Chuck Schumer, D-N.Y., in which they asked President Trump not to veto the disaster aid bill that Congress approved earlier this month, which included $7.9 billion for Afghanistan reconstruction. The president has until Jan. 27 to sign the bill or veto it.

The Republican and Democratic leaders also asked Trump not to veto the Pakistan assistance bill that the House of Representatives approved this week, which would increase the Pentagon’s financial leverage in the conflict by requiring future aid for Pakistan to be conditioned on its cooperation against Taliban and Islamic extremists that have been able to slip back into the country despite restrictions on direct assistance to the Pakistani military.

In 2017, the House of Representatives had passed its version of a disaster funding bill, but the Senate version was held up for weeks because of the dispute over the use of language calling for sanctions on Pakistan. Now, Republicans and Democrats are reportedly working out language in the House version of the disaster aid bill, and both McConnell and Schumer are urging Trump not to veto it.

The pending release of the war funding bill is also important, Nicholson said, because the administration’s $21 billion supplemental request for the war effort is reportedly being held up by disagreements over the use of language calling for additional military action in Afghanistan.

“The record will show that despite the highest levels of violence and escalating fighting over the past 16 years, the Taliban have not been able to take or hold any significant amount of territory,” Nicholson said. “On the contrary, the Taliban have grown more desperate and the number of attacks has increased in recent months.”

Nicholson noted that more American troops were likely to be needed to win the war, and cited a recent report indicating that the number of U.S. troops in Afghanistan had nearly doubled over the past seven years.

Nicholson acknowledged that his Afghan troops were struggling against a resurgent Taliban, but he argued that their key advantage, a proficiency in counterinsurgency tactics, was continuing to be a force for stability.

“You can’t argue with his assessment. We know that we are in a very tough fight,” McConnell said. “And we are willing to do all we can to provide President Trump with the resources he needs to continue to make progress.”

Let’s talk about the Miami Dolphins