Twenty-four Palestinians were injured by Israeli fire on Friday as Israel responded to a surge in stone-throwing and other assaults during the olive harvest in the West Bank. The attacks by Israelis, fueled by… 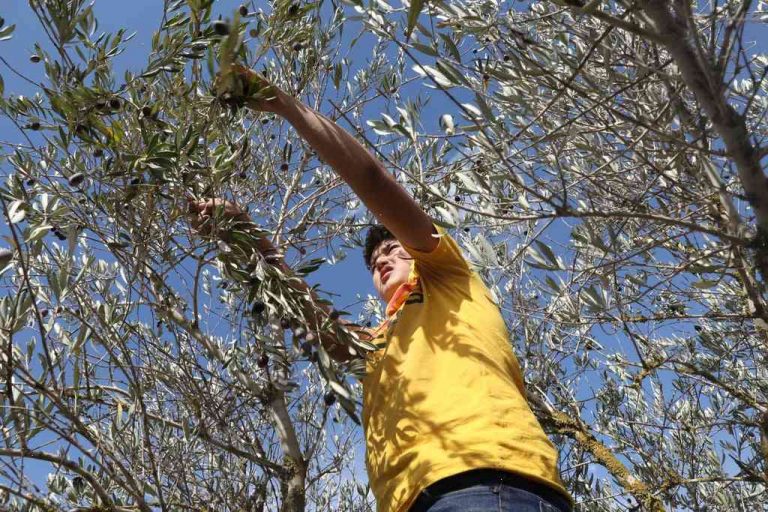 Twenty-four Palestinians were injured by Israeli fire on Friday as Israel responded to a surge in stone-throwing and other assaults during the olive harvest in the West Bank.

The attacks by Israelis, fueled by Prime Minister Benjamin Netanyahu’s decision to spend his “lone ranger” campaign, have put a strain on his coalition government.

Netanyahu has announced that the border patrol will be beefed up to prevent Palestinian assailants from sneaking into Israel, which permits settlements within the nation’s territorial limits, destroying public property and destroying olive trees. Israel also issued a list of 101 Palestinian leaders it says encourage violence and denying Israel’s existence.

Israel says it will work to hold Palestinian terrorists accountable.

“We are not seeking to conceal or minimize the fact that lawlessness has reached new levels in the West Bank,” Netanyahu said at a conference Friday. “We are determined that law will prevail here, which makes us prepare to take all necessary steps to prevent chaos.”

It is the third major outbreak of violence in the West Bank in less than two months. More than 220 Palestinians have been killed since the beginning of October, mostly by Israeli fire, including some 176 attackers.

In recent weeks, the Israeli security forces have arrested hundreds of Palestinians suspected of carrying out attacks in Jerusalem, East Jerusalem and the West Bank.

An Israeli soldier was killed Wednesday in a West Bank attack by a Palestinian who also detonated a bomb. The soldier was the 17th who died in the line of duty this year as part of the large-scale security crackdown on Palestinians.

Also this week, Palestinians fired a rocket at the Israeli kibbutz of Nahal Oz, near the Dead Sea. No injuries were reported, but one kibbutzite took part in a series of protests against settler attacks against Palestinians.

The attack was the first since Israel said it had halted rocket launches from the Gaza Strip in response to the murder of a pregnant Israeli woman and her two small children.

The Israeli defense minister, Avigdor Lieberman, has instructed that the Gaza Strip be closed to Palestinian shipping and land traffic for a week.

Israel has cracked down on militants who traditionally target Israelis at home and on the border, while Palestinian Authority President Mahmoud Abbas has quietly accepted the reconciliation deal with his rival Hamas party, which would free prisoners, cement reconciliation and open Gaza to renewed international aid.

There is strong resistance to this move among the Palestinian public, however, according to an Israeli poll.

“We are due for a turn in the relationship, and that is due to the Palestinian deal with Hamas and to the prisoner releases,” Abbas said at the U.N. in New York on Thursday. “This will help create a reconciliation state.”

The Simon Wiesenthal Center in Jerusalem estimates that Israeli settler attacks on Palestinians have decreased by an estimated 50 percent since the days of the 2014 Gaza war, when Palestinians frequently used stone-throwing or makeshift bombs to attack Israelis.

Israeli Attorney General Avichai Mandelblit, who is charged with evaluating whether IDF soldiers’ conduct in these attacks and arrests will be investigated, has refused to release a conclusion about how to assess them.

“I think there’s been a change in motivation behind these attacks. Many of them have been retaliation for previous incidents and for any misbehavior,” Berti said. “Many of them are warnings of the next incident, because Israelis, we are used to it, we expect it every few years.”

Like the Wiesenthal Center, Berti blames Abbas for allowing so many attacks to occur, but Israel also needs to do more to curb them, she said.

Jamie McGeever contributed to this report.