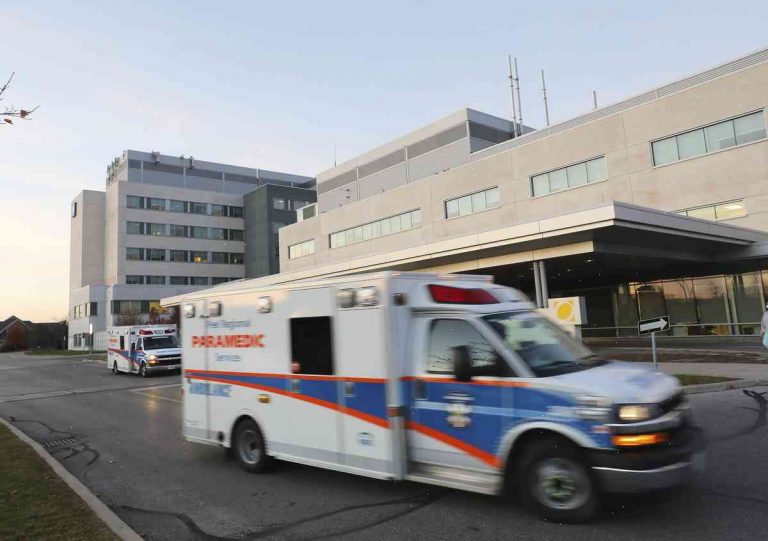 Thousands of Canadians died and thousands more were injured because an automated surgical kit the NHS used for its patients, COVID-19, failed to start when it was supposed to, doctors say.

Hospitals used COVID-19, which was operated by teams instead of surgeons, between 2002 and 2007.

It did not record temperature readings, and “hundreds of thousands” of people died or were injured, claims an academic paper.

The problem could happen to many hospital systems, the paper said.

“Our estimates of fatalities and potential harm suggest that COVID-19 may have resulted in thousands of unnecessary deaths and injury,” said the paper published in the journal BMJ.

To try to understand the problems with COVID-19, researchers at the University of Toronto analysed data from several different hospitals about 700,000 patients who died or were injured while having their operation.

They found that in some cases, the COVID-19 delayed surgery so that additional staff had to be hired to handle the surgery, so the hospital was paying for something it could not use.

This led to the hospital incurring extra costs.

Investigators also found that COVID-19 could not be started correctly for about 40% of operations.

In some cases, the automatic system had spent a long time by itself, and did not finally start up when needed. In other cases, the start-up date had been reset at an inappropriate time.

The COVID-19 system came to the attention of the UK’s National Health Service when devices designed by human surgeons were sent to Canada for UK facilities to be used.

During their use by the NHS, COVID-19 systems were seen as safer because they were operated by teams rather than by surgeons.

But NHS hospitals ultimately no longer used them.

UK health minister Matt Hancock said the problem had been “well known” for a long time and that the technology had now been retired in the UK.

He said: “Just as NHS hospitals shouldn’t have used it, it is right it should not have been used in the UK.”

But the paper suggests that there were instances when COVID-19 began and stopped completely.

“This could be the reason that thousands of Canadians died or were injured as a result of not having the surgical kit that their medical system needed,” it added.

Colette Robertson, the press officer for the department of health, said that COVID-19 systems were replaced in the UK at the end of 2017 because it “did not meet the requirements of patient safety”.

British medical academics have in the past highlighted a similar problem with automated surgery systems.

Dr Julian Poirier, a reader in surgery at Sheffield Hallam University, and colleagues analysed data from London hospitals that had been using some of the same COVID-19 machines which were being used in Canada.

One of the biggest problems they found was that the system was generally inaccurate.

There were “painful examples” where operations had to be cancelled after the doctors and nurses realised that the machine had not been working properly.

The system had “ineffective staff controllers and no check for mistakes”, they said.

It can be activated manually or by hand using a touch screen; or by computer using the same mouse functionality of a computer mouse.

Coding software had errors in many systems. There was sometimes the system had problems detecting temperature. In other cases, robots would close for more than 20 minutes at a time, while teams were getting ready.

Technical errors increased electrocution danger, which was a major worry for surgeons.

-Colette Robertson is a press officer for the Department of Health