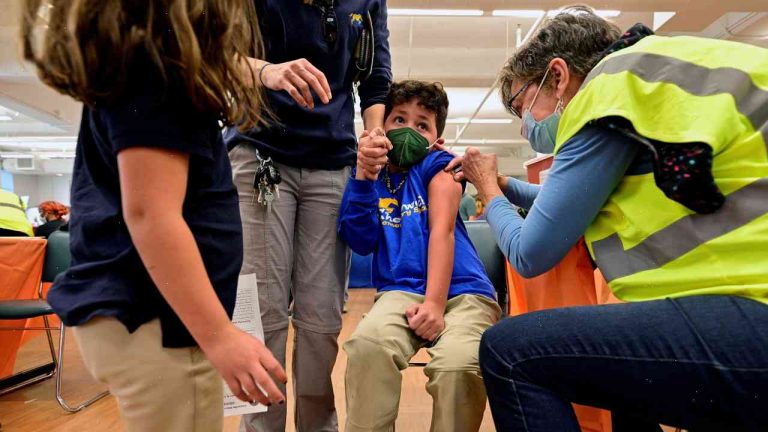 A surge in the number of children under-16 being diagnosed with respiratory illness is prompting NHS England to alert healthcare providers across the country.

More than 932 children have been diagnosed with C diff infections since 23 October, according to a bulletin sent to them.

This is up 32% on the same two weeks last year.

The Department of Health and Social Care said it was “bad for children and our healthcare system” when there is an increase in flu cases.

It follows the start of the flu season, which the last fortnight has started slowly but is expected to pick up now cooler weather starts to move in across the UK.

Childcare Centres are on the alert – children and young people are advised to stay home from school or nursery until the issue has been addressed.

Many times, these cases are not serious, but around half of those infected are left bed-bound by the infection, and around 10% have to stay in hospital.

The briefing from NHS England warns: “Flu can have an impact on child healthcare workers, particularly when they are caring for patients who are also unwell.”

I’d like to know whether some of the rise is due to seasonal trends, increased activity in hospitals where C diff is more common, or avoidable risks?

On a broad level, it is hard to pinpoint the reason for the increases.

Take flu, for example. Flu cases have been lower this year than last – there have been 118 in England so far this year, compared to 137 in the same two weeks last year.

Children don’t typically get flu, so this increase in flu cases may be down to fewer unwell people and less of them seeking medical help.

The incidence of the illness is also falling, so there are fewer cases of flu that spread.

If your child is sick, it is also possible that people nearby are less likely to seek treatment for their own infection.

Some states have decreased restrictions on antibiotic use as a precaution in children to try to cut down on drug-resistant bacteria, so it is possible that some of the cases are picking up more easily than usual.

Antibiotics can kill the bacteria that produce C diff, but the infection can still be passed to others. Children must still be considered particularly vulnerable.