As I traveled across China last weekend to visit Shanghai Automotive Industry Corporation (SAIC), China’s most powerful automotive manufacturer, one topic on my list of concerns kept recurring. At each of our meetings, the… 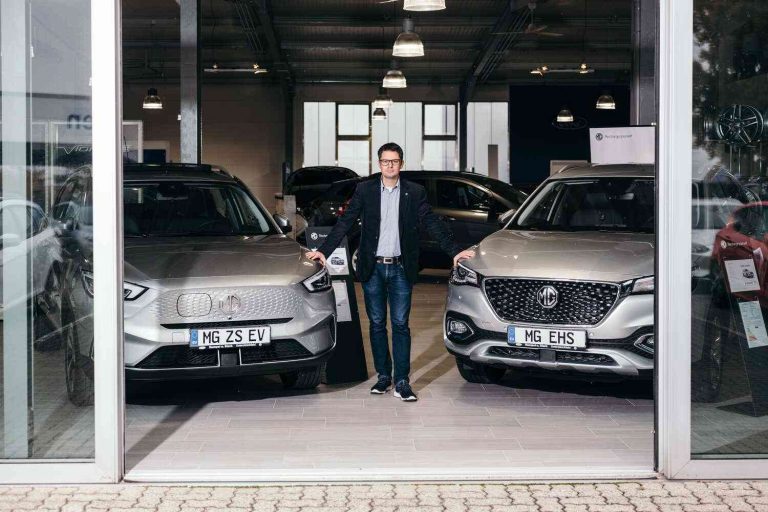 As I traveled across China last weekend to visit Shanghai Automotive Industry Corporation (SAIC), China’s most powerful automotive manufacturer, one topic on my list of concerns kept recurring. At each of our meetings, the issue of China’s impressive but controversial plan to import nearly all Chinese domestic-produced cars was prominent.

Exports of Chinese-made vehicles have been growing rapidly in recent years, but they made up just 6.2% of SAIC’s vehicle sales in 2014 (up 2.2% from the previous year), while domestic sales were still 77.6% of overall sales. This means that many smaller Chinese companies don’t have the capacity to build domestic-produced vehicles with more than the necessary margins. More cars than ever are being produced at the local joint ventures that enjoy state subsidies. But with Chinese automakers such as BYD and Great Wall at full production capacity, and bringing on dozens of startups to accelerate the growth of the entire industry, is it likely to be so easy for SAIC, Dongfeng, and other established automakers to continue to produce vehicles domestically that they can satisfy all the demand?

This question was also top of mind for another major overseas manufacturer we met with: Volkswagen (OTCPK:VLKAY). The company accounted for just under a fifth of China’s passenger car sales in 2015, and China is still by far the world’s largest market for Volkswagen (as well as for its rivals Toyota (NYSE:TM) and General Motors (NYSE:GM)). But are the days of the big German car companies exporting big models and breaking all records with smaller models all but over? It certainly seems that way at least for Volkswagen, which has seen its market share and sales in China slump over the past few years. But VW’s strategy is hardly panicking: with strong partners such as FAW Group in China, and global sales practically flat in the first quarter of 2016, analysts seem convinced VW’s “Built-in-China” strategy will prove quite successful in the long run.

SAIC’s American-born CEO Cheng Xu could also not say for sure whether Chinese firms would be able to deliver the mid-sized cars that consumers want and need at a significant enough margin to stay competitive in the domestic market. But as he added, Chinese consumers don’t seem to mind the smaller cars. At the very least, the shift towards smaller models by SAIC and other Chinese domestic automakers might lead to a more-stable domestic industry in the years ahead. This could be very good news for makers of mid-sized passenger cars, particularly if those manufacturers already enjoy strong presence in other markets. (For example, Audi’s (OTCPK:AUDVF) MD of sales and marketing Jean-Philippe Lemain was pretty dismissive of the domestic import plan, adding that the only way to save the Chinese passenger car industry is to give Chinese consumers a wider choice of vehicles, not import all the local models they want to buy.) But it’s clear that the playing field for the average Chinese consumer needs to be level for them to choose new cars, not just for the local manufacturers.

I think it’s a good thing that Chinese carmakers are moving to produce the small cars that Chinese consumers want. The advantage of having a large number of different models available is that consumers have some real variety in their choice of automobiles. On the other hand, it’s ironic that the success of SAIC (China’s largest automaker) is primarily due to its shift to a more volume-oriented strategy, moving away from a focus on small, ultra-affordable passenger cars and instead concentrating on selling mid-sized cars, SUVs, and pickup trucks with family-oriented cars in the lower price range. By the same token, Volkswagen and other major foreign players must realize that domestic Chinese manufacturers will get even more profitable, as the domestic industry produces more than they currently do. Only by slowing down their own expansion plans can US and European automakers and manufacturers be sure that they won’t lose the market to China.

I’m a Celebrity’s Is Will Young Likeable enough to be King of the Jungle?