Hamilton responds to questions from the world of motorsport ahead of the Japanese Grand Prix In his new role as executive chairman of the Automobile Club de l’Ouest, three-time Formula One world champion Lewis… 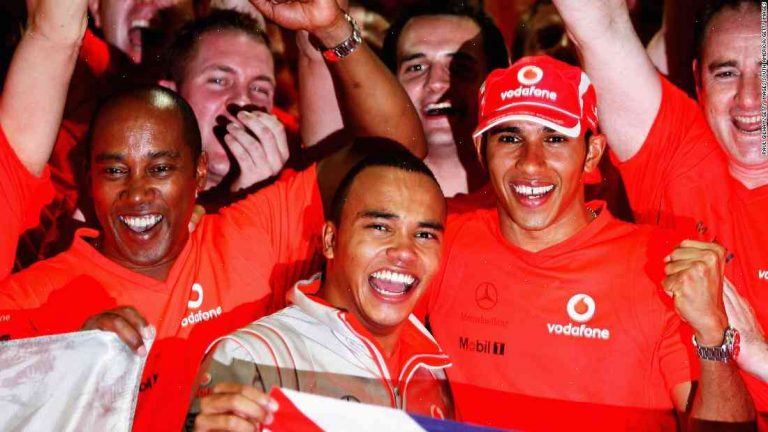 In his new role as executive chairman of the Automobile Club de l’Ouest, three-time Formula One world champion Lewis Hamilton has been carrying out market research to determine the potential impact of his brother Nicolas, who is the president of the organisation.

When Lewis retired from F1 this year, Nicolas took over the club’s chief executive duties. “Lewis says Nicolas carries more responsibilities than him,” he said. “Nicolas was always going to be president of the club so it’s more like looking after his brother.

“He has to pay attention to the long-term vision of the organisation, he has to look after finances, he has to look after everything and then Lewis is the team principal. That means he’s not just looking after the team; he’s looking after the team’s future too. The other day he was talking to [F1 supremo] Bernie Ecclestone and asked him how much could Lewis afford to spend next year. Bernie said: ‘Not one cent, you’re the boss.’ He [Lewis] said: ‘My brother is the boss. Why can’t he?’ So that’s where we are.”

Lewis is also learning to communicate with fans of motorsport on his own terms. “Now I am myself, even though I’m still Lewis Hamilton, I realise a lot of people are on my team, but sometimes there’s a confusion because when you get off the track it’s me and my driver, but once you’re in the paddock you’re a guest so you have to pull out of your business mode. The fans are always with you, but they also want to hear what the guy is up to and how he’s spending his time. I’m trying to figure out a balance but I’m learning to be authentic and also remember I do have friends in motorsport.

“There’s Formula Four and actually, you know, I’m a petrolhead – it’s in my blood. But if you could have a Formula Four without a top-of-the-range car, even if you’re not racing, I’d buy it.”