The World Tennis Association said Thursday its investigation into a racist incident involving Chinese tennis star Peng Shuai was nearing an end, but could not say when results might be released. Peng was interviewed… 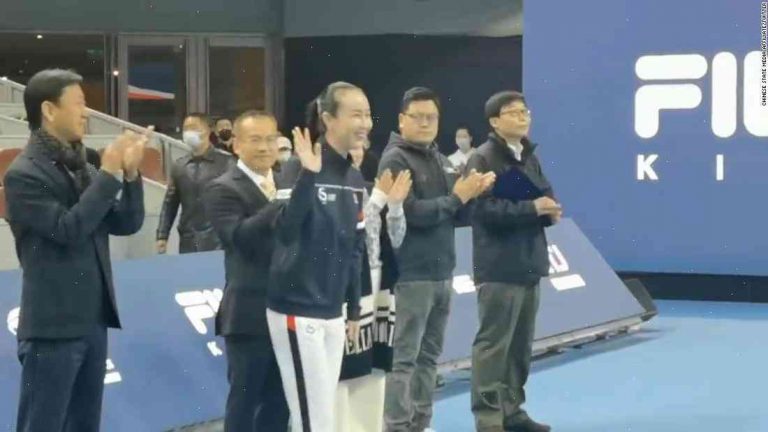 The World Tennis Association said Thursday its investigation into a racist incident involving Chinese tennis star Peng Shuai was nearing an end, but could not say when results might be released.

Peng was interviewed by WTA officials last week in Vancouver, Canada, following a second-round upset of top-seeded Venus Williams in the Rogers Cup. Peng’s fight with chair umpire Eva Asderaki was broadcast live on television during the semifinal match.

The WTA was said to be seeking more information from ATP officials about the incident.

“Following discussions with our officials, and in collaboration with the ATP, the WTA has concluded its investigation into the Tennis Channel umpire’s rant against Peng Shuai,” the WTA said in a statement. “While details of the investigation remain confidential at this time, the WTA is confident that the investigation has been thorough, taken into account appropriate rules and regulations, and will provide the appropriate thorough and full report to the ATP when complete.”

Simon told the Tennis Channel earlier this week that the allegations of racism have been misconstrued. Simon said Peng and her bodyguard were the only ones called to the umpire’s chair, and they asked the umpire for more time to celebrate Peng’s victory.

Simon said he appreciated the many calls and emails in support of Peng.

“We believe that allowing time for Peng to celebrate or gather her thoughts was acceptable,” Simon said. “The point was, when she started putting her head down, it was evident she was upset. She started slurring her words. If you take the time to speak with her, they are not the same words. At no point does that mean she doesn’t understand the context.”